Strategy is never out of style. My take on Disruptive Innovation

Posted on October 2, 2013 by Ricardo dos Santos One comment 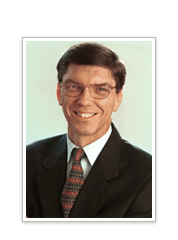 If you love entrepreneurship, you’ve also gotta love or at least appreciate strategy.  Every winning business venture is founded on solid strategy (whether or not the entrepreneur actually knows it or not, which is sort of ironic).  But for us innovation management practitioners, the goal is to demystify the innovation ‘black box’ and notice the underlying patterns that lead to success.

Arguably, Clayton Christensen is today’s leading innovation guru.  His greatest contribution is precisely in demystifying the innovation black box and proposing an underlying theory for a successful business strategy – The theory of disruption.

The theory of Low-End-Disruption is based on empirical observations that incumbents will (almost) always win a head-to-head battle with a new entrant if that new entrant is trying to steal away its best customers with a sustaining innovation.

Or to put it in other terms, incumbents win at sustaining innovation and thus new entrants must find another strategy.   One of those strategies is Low-End-Disruption, which implies going after customers in the low end of a particular market that the incumbents are actually not fighting (at all, or not that hard) to keep since they are the least profitable (they will flee here, but fight for the higher end customers and have more resources to win that battle over a new entrant).

There is another important point here – the Low-End-Entrant will inevitably also want to move up-market and slowly begin to fight for the more profitable customers (a strategy they must pursue eventually, because there will be someone else in the future coming in at an even lower end).

The answer for the incumbents would seem to continue to add-features, more sophistication (more sustaining innovation) to its higher end customers.  The problem is that eventually customers are overshot and won’t ‘pay’ for those improvements.  Eventually, everyone needs to find new markets. Which leads us to the second disruption strategy – New market disruption.   Amazon, Wal-Mart are examples of Low-End-Disruptors (Note: You need to prove you have a lower cost business model before you can entertain this strategy).

The theory of New-Market-Disruption basically says that a new entrant can compete successfully if it establishes a new context for product consumption and or competition.    Thus, New-Market-Disruptors compete primarily against ‘Non-Consumption’ and not satisfying current customers or consumers that were previously paying too much for a given product or service.

It is a very attractive proposition to become a New Market Disruptor, but it is of course very difficult for there are usually good reasons why someone is not consuming something already – mostly because there is no need.   Some companies do follow a hybrid-approach to disruption, both low end and new market.  Take Southwest airlines for example.  On the low-end, they picked off customers from other airlines with their lower pricing, no frills approach (possible only through a lower cost business model (no hubs, smaller, less variety in planes, etc.).  On the new market end, they fought against non-consumption of flying for short and medium distances (and offered people normally driving or taking the bus another alternative travel method).

There are three other fundamental ways to compete, which Christensen also acknowledges, but doesn’t recommend except in special circumstances.   One, you can indeed go head-to-head against incumbents for their best customers with a leap-frog strategy – offer the customers something much better than what they’re getting now (also called ‘substitute innovation’ strategy).   Christensen claims the probably of success here is low but admits it can happen, especially if the incumbents management falls asleep at the wheel.   I argue that this strategy is actually not that impossible and that there have been good examples especially in the mobile industry, for example, namely Qualcomm’s CDMA vs. GSM and Apple vs. all other MP3 and cell phone makers at the time.   New entrants vs incumbent strategy is not to be confused with leapfrog moves among fierce, established #1 and #2 competitors in an oligopoly industry – For example, recently, we’ve seen Pratt & Whitney introduce a highly successful geared turbo fan engine named (Pure Power), which provides advantages in fuel efficiency and noise reduction for medium seized airplanes over GE’s offerings – which will surely have a response.

Second, you can follow a me-too strategy for market share.  This is highly not recommended, except perhaps in a fast growing, new market where strong incumbents haven’t been established – but it isn’t an innovation strategy and not likely to be sustainable as a winning approach to superior economic returns.

Third, you can indeed come up with something innovative that will threaten an incumbent, but not follow through with establishing a competing business.  Instead, license or sell to incumbents (make it worth their buy vs. build decision) – this is the strategy that most startups seem to follow, although the bold and the brave are still out there (e.g. Twitter, LinkedIn, Tesla, WhatsApp, etc.)

Strategy is fundamental to your ability to succeed as an entrepreneur  –  do so (your strategy) by design rather than luck because it drives most of the business model decisions and trial and error will only go so far.   Does strategy come before product and business model or vice versa?  That I cannot answer definitively.  But I can say that you have to have both come your investor pitches.

Christensen  (inspired by Tony Ulwick) also offers great advice in terms of finding your winning products and services, namely by searching for ‘jobs to be done’ and drafting a strong customer value proposition.