Strategic Planning for New Ventures. Part I: What the heck is strategy?

When working for a large company, I remember the arduous, but necessary process of yearly strategic planning, albeit I wasn’t personally invited to the swanky off-site or wherever “the generals gathered in their masses”.

Now that I’m part of the management team of an early-stage biotech startup, I get invited to the party – yeah!   Then it dawned on me that as the ‘business guy’ in the team, I was the one supposed to know what strategic planning really is and how to conduct a productive conversation on strategy (or if this even applies to startups!).  We decided it wouldn’t hurt to take stock of our advantages, progress and lessons learned to date and using some sort of policy framework, figure out if the current plan was still the plan ahead of the next round of funding. 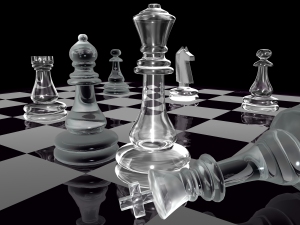 Before drafting a detailed framework that would facilitate our strategic planning discussion (which I’ll share a generic version in the next blog), I thought it was useful to revisit the definition of strategy in the first place, so as to know what was even in scope to debate and decide upon.   I was mainly trying to answer the question:  How much of strategy is about adhering to a tried-and-true theory of competition and how much is about helping to deal with one’s own reality?   Turns out there are elements of both theory and practice in most definitions of strategy, the balance depending on the school of thought you follow.   Below are my brief notes from reviewing the strategy literature.

The Definition of Strategy

Strategy, a term borrowed from the military, meaning the art of the general or ‘generalship’ has many adapted definitions in the business world.  Most management gurus have a broad definition of business strategy that includes strategy as a combination of positioning, leveraging advantages, purpose, direction, scope of activities and deployment of resources.   However, there are those that emphasize strategy as the application of theory and others that emphasize strategy as dealing with reality.  I’ve attempted to summarize both camps below with some known examples, hopefully doing them justice:

The Theorists:  “Strategy is about deliberate positioning”

The Realists:  “Strategy is about organic re-positioning”

Win the fight after it starts – by managing uncertainty through agility

“Strategic planning is the continuous process of making present entrepreneurial (risk-taking) decisions systematically and with the greatest knowledge of their futurity; organizing systematically the efforts needed to carry out these decisions; and measuring the results of these decisions against the expectations through organized, systematic feedback.” – Peter Drucker

I personally don’t think one has to take a purist view to following a certain school of thought on strategy. Both philosophies are meant to help us save time and both incorporate elements of each other.  Criticism of either approach is often exaggerated. For example, realists are often labeled as people that act before they think – That’s not what is being implied at all by being a realist – It’s “think, act, measure, think again and repeat” – with the required frequency of your particular market conditions.

Theorists are knocked for thinking too much inside their known box, obsessing about reductionism and less about the emergent process of figuring out what the customers really want.  But it is fairer to say that theorists aren’t asserting that the battle is ONLY fought before the battle and that execution is mindless.  (Interesting to note that Clayton Christensen added Tony Ulwick’s “Jobs-to-be-Done” (Outcome Driven Innovation) to his arsenal, recognizing the need to go beyond positioning theory).  Theorists like Christensen are suggesting avoiding unnecessary trial and error and learning from the experience of others. The debate is mostly around when a theoretical model applies vs. having to see for oneself – Most agree there is a balance of learning from empirical evidence before having to expend the greater energy required to learn from one’s own experiments.

Whatever the specifics, strategy gurus seem to converge on the notion that strategy is a framework that guides choices to determine the nature and direction of an organization, rather than determining the goal itself.  In other words, strategy is not what motivates someone to go change the world (or start a war for that matter), it offers a tool or ways to mobilize a given set of means to help achieve the end in mind.

What strategy gurus also have in common is what they DON’T say:  No one claims that strategy eliminates risk – strategy only helps to choose the proper risks.

In the next blog, I’ll provide an example of a strategic planning framework tailored to early stage ventures that takes into account the theorist and realist view of strategy reviewed above.