The world’s most creative business model 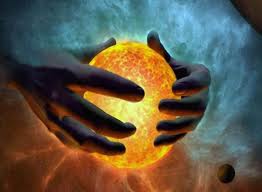 Venture Capitalists are nowadays preaching to startups – come up with a creative business model – your product or technology is insufficient for you to win in the market place – it’s the supporting system, stupid!

Fair enough, but has anyone questioned the current ‘VC-gives-money-to-startup’ business model (and paltry returns)?   Is there another way to create value?   Turns out, there is!   Move over Venture Capitalists (euphemistic term for bankers) – Here comes a new wave of more efficient value-creators, what I would call, Venture Creators!

A venture creation firm, aka company builder or startup foundry, is made up of a small team of entrepreneurs specialized in creating and flipping a venture (Into a self-sustaining C-corp or an early-exit buy-out by an existing corporation).

The Venture Creation trend was arguably started as far back as 1996 by Bill Gross and his now renowned incubator IdeaLab, proud parent of over 100 ventures, mostly masterminded by Bill himself. But today’s Venture Creators are not your grandfathers’s – they’ve innovated from IdeaLab’s founder-centric design in several aspects including:

Venture Creators that are industry specialists include BetaWorks, which specializes in Internet and media companies.  There is also LA’s Science, which is first tackling the e-commerce and marketplace vertical.

Corporate spin-out specialists include New Venture Partners – NVP (itself a spinout of Lucent) specializes in turning corporate inventions that don’t fit nicely into the current growth strategy into independent ventures – profiting from the often forgotten side of open innovation. It’s puzzling that companies don’t just encourage more intrapreneurial spin-outs and fund those themselves with their mounting cash-pile, but that’s another matter.

Asset licensing specialists include Boston’s Allied Minds, led by friend Chris Silva. Allied Minds is a specialist in licensing promising assets from government labs and turning those assets into valuable commercial entities – They have built an impressive portfolio of high-tech and life-tech ventures in a variety of arenas, only explicitly avoiding therapeutics.

Venture Creators that like to start with a ‘blank-sheet-of-paper’ and generate original, breakthrough ideas include Boston’s PureTech, led by friend Daphne Zohar. PureTech has amassed an impressive team of though-leaders, patient Angel investors and connections to corporations, arguably making them the ‘HBR case-study’ for the venture creation model.

Venture Creators that co-create with corporations include San Diego’s Avalon Ventures, co-led by friend Jay Lichter – Avalon has figured out a Lean-VC model to test new therapeutic targets by partnering with large-pharma for the early stage vetting of new ideas, greatly reducing the risk of funding something with no exit strategy.

Many Venture Creators, including the examples I’ve outlined above, actually operate hybrid business models.   Some ‘adopt’ outside startups into their platforms (including IdeaLab and Science), others use a combination of evergreen funding with time-defined, limited-partner funding.   What seems to hold these various types of Venture Creators together is their intent to control a given idea’s innovation potential through the key formative stages and their insouciance to ‘execution’ activities vs. the much preferred ‘search’ activities – Venture Creators are first and foremost entrepreneurs, not managers, and certainly not passive investors.

Venture Creators believe that entrepreneurship is a repeatable process and that there are incredible inefficiencies in current VC-startup creation, namely the waste of venture specific resources, infrastructure, connections and leadership that is best spread across a carefully selected portfolio UNTIL a scalable business model has been discovered and a dedicated juggernaut makes all the sense.

Venture Creators do not necessarily displace the current startup formation paradigm – they can propel a given society to fight startup ‘non-consumption’, especially to help form ventures that brilliant scientists just aren’t willing to form alone (as their calling remains in research lab), to help first time entrepreneurs who accept they have a lot to learn, or to help form ventures too risky to dedicate a full-time team too early in the process (As an entrepreneur, first timer or not, why not partner with a venture creator instead of recruiting a team from scratch that is unlikely to have the funding connections or strategic know-how) – No wonder IdeaLab has added this value-proposition.

Finally, it seems the incumbent startup capitalists are trying to move closer to the genesis of the startup process themselves. This includes ‘regular’ VC’s, accelerator VC’s and corporate VC’s, all clamoring for an earlier seat at the table – they may want to take a page from who’s ‘been there, done that’ – the Venture Creators – and learn to produce value directly, not just spread bets in arbitrage windows that are ephemeral at best.